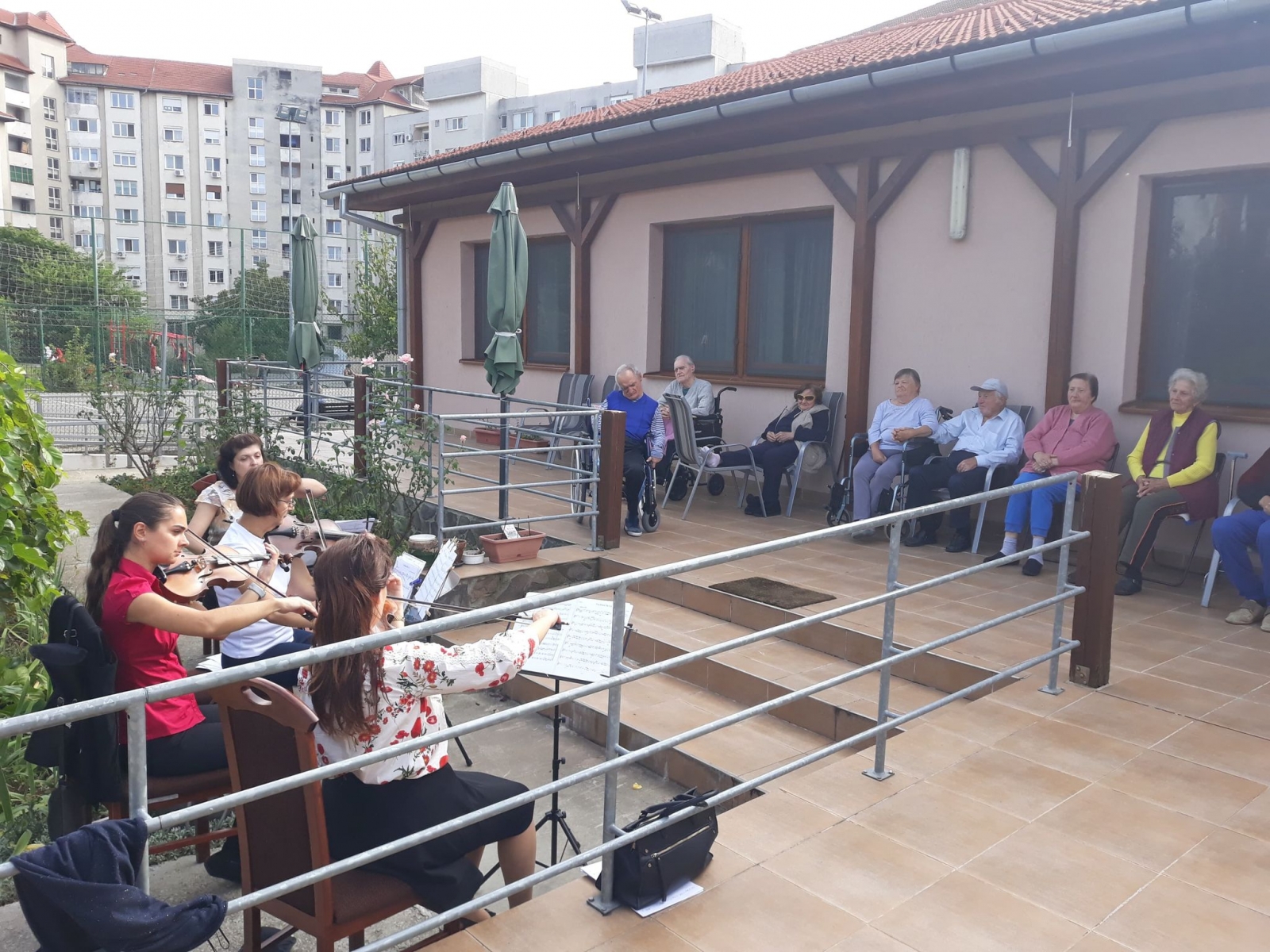 The Gabrielle Quartet surprised the inhabitants of St. Elizabeth's Elderly Home in Oradea, administered by Caritas Catholica, with an outdoor concert on Saturday, October 3, on the occasion of International Day for Older Persons.

It was not the first time that members of the state philharmonic visited the retirement home, –  artists  Beáta Ichim, Costin Eva, Boglárka Szekely and Gabriella Oláh – have visited the Catholic institution several times in recent years to bring light to the daily lives of residents with special musical moments. The widely appreciated musicians have lived up to the expectations once again: for more than an hour, they entertained an enthusiastic audience with known classical songs, film music and other popular songs. It was a journey that encompassed several musical eras and genres, in which elders were invited to dance imaginary, to the rhythm of waltzes and tangos.

Thanks to antivirus policy, it was the first time such a concert was held in the garden of the home instead of the community hall. Fortunately, the weather was generous with the celebrated old people, so they had an outstanding and beautiful experience on a truly beutiful autumn afternoon. "This concert meant a lot to the inhabitants of the home, because in the current situation they have to live by very strict rules. For them, it wasn't just a pastime, it was a real recharge through music, beauty and nostalgia. Many thanks to the artists involved" – said Éva Gyöngyi, social worker. 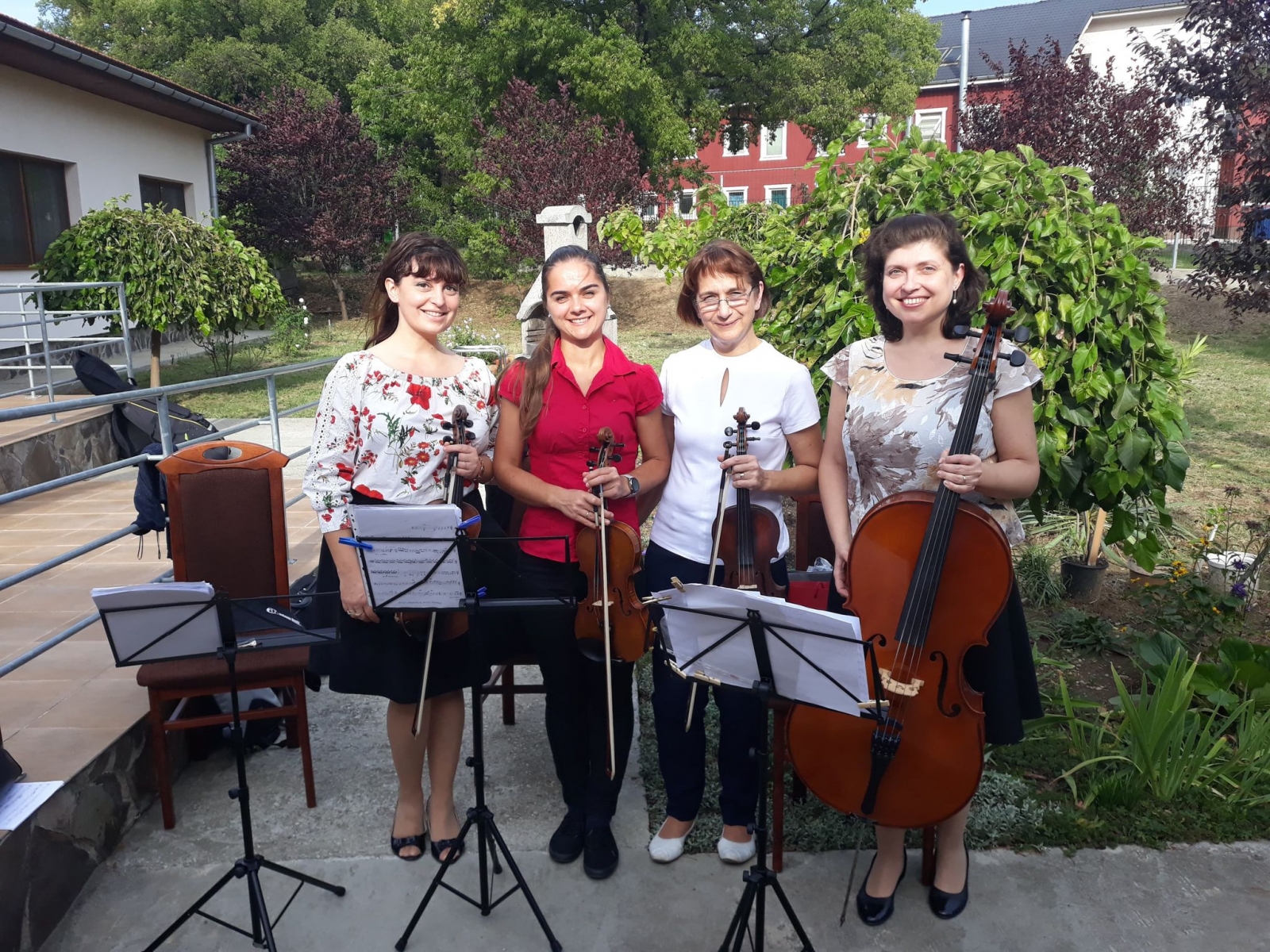 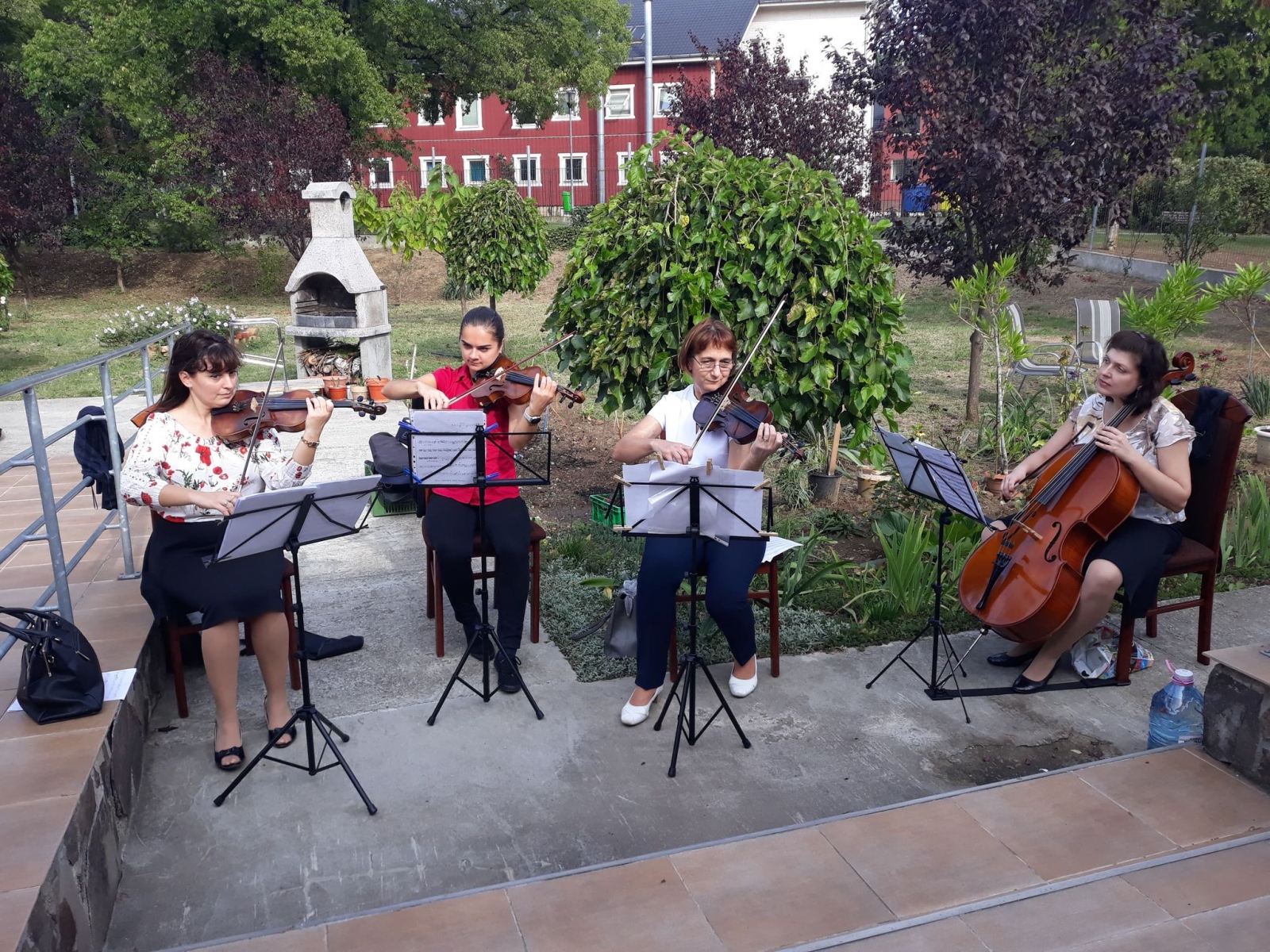