"Magnolias are blossoming for you"

Caritas awarded its volunteers at the bishop’s palace 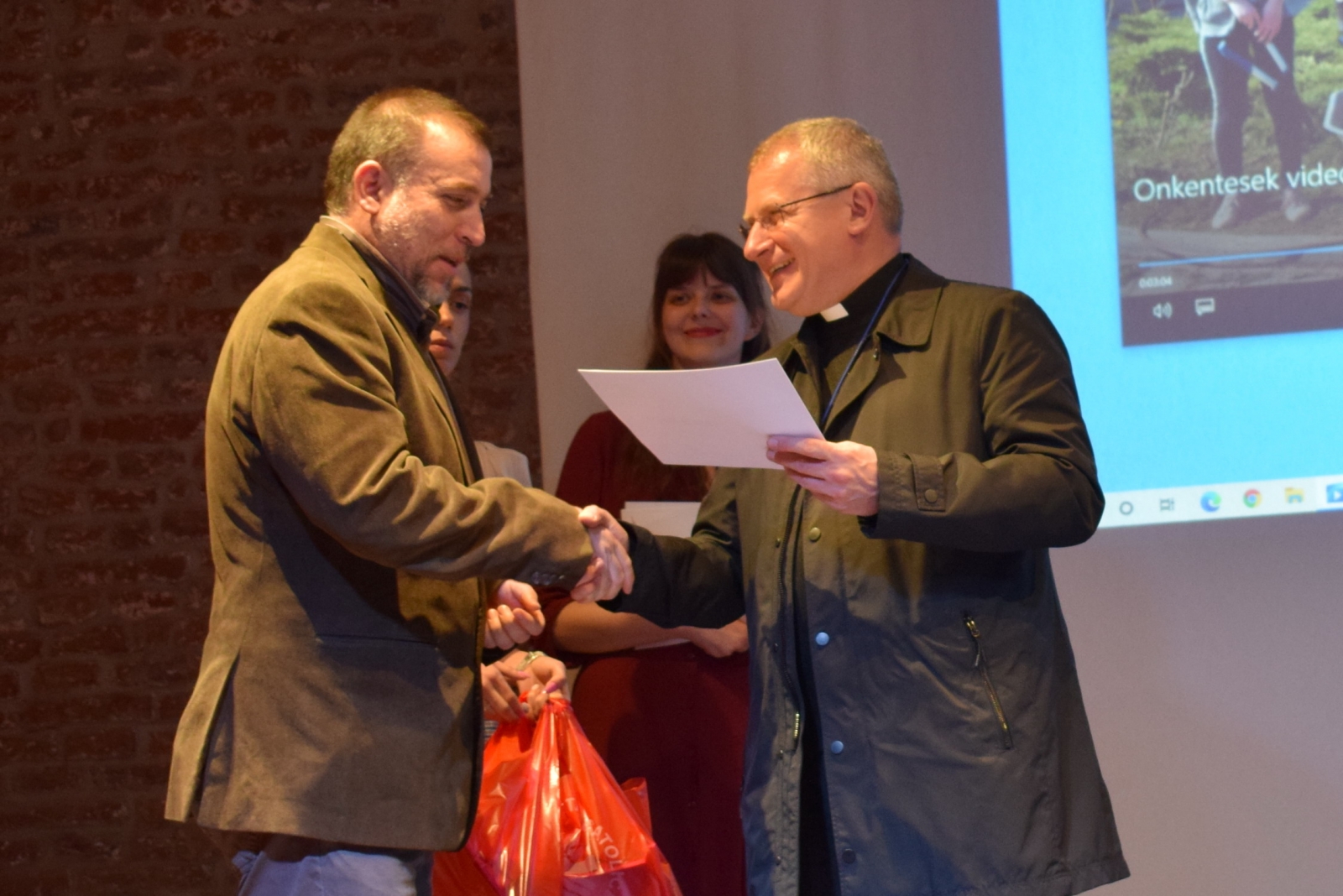 Caritas Catolica of Oradea honored its most active volunteers in the two years since the outbreak of the pandemic on Friday, April 8, 2022, as part of a special gala evening hosted by the impressive basement hall of the Episcopal Palace.

The assembled were  greeted by pastor József Rajna, general director of Caritas Catolica. Quoting Pope Francis, he pointed out that it is not enough to simply give, it also matters how you do it. It matters if you just throw the donation to someone, or wrap it up and give it with sincere kindness. He thanked the Caritas volunteers, who are all examples of the latter category, as they undertook to serve in helping those in need and the sick during the most difficult periods.

László Böcskei, Roman Catholic diocesan bishop, spoke to the young people in his welcome speech, quoting the famous song from the hungarian music band EDDA pointing out that some people feel "standing in the middle of the circle" at the center of the world, they consider themselves more than others, or they feel empowered to have control over the lives of others. However, there are also people who pay attention to others and help those who live next to them, who are not in the middle of the quoted "circle", but make up the circle themselves. Such are the caritas volunteers, to whom the High Pastor expressed his appreciation.

The laudation of the winners was read by Tamás Szombati-Gille, coordinator of the volunteer program, the certificates of recognition and gift packages were personally handed over by Bishop László Böcskei. As has been said,  In the pre-Coronavirus era, it was a tradition to reward Caritas volunteers on an annual basis. However, this regular gala has been cancelled in the last two years  due to epidemiological restrictions. However, even during this difficult time, many enthusiastic volunteers helped Caritas, selflessly and courageously, not afraid of the danger of the virus. – Think of the team that went shopping for seniors during the lockdown, or those who shared hot food on the street once a week throughout the winter. That's why they wanted to make up for the backlog and reward those who helped Caritas in the most active and self-sacrificing way for two years.

The gala evening featured the most active prizes of about two dozen volunteers who worked in a wide range of fields. The volunteers of the St. Ladislaus Roman Catholic Theological Lyceum and the Ady Endre Theoretical Lyceum were recognized for giving a warm lunch to those in need for two winters., as well as a team made up of staff from the bishopric, Vincentian nuns and individual volunteers who provided assistance for the elderly during the pandemic. Among the winners was györgy Fischer, a web developer, who created an IT system for Caritas that can be used to recruit volunteers and register those in need, as well as Katalin Kimpan, who, as a seamstress, repaired bed linen and clothing torn in nursing homes for many years, and later began volunteering in caritas second-hand stores, and in previous years she received municipal recognition too.

The atmosphere of the gala evening was made even more memorable by the golden-throated Erika Bustye young singer with a bouquet of songs composed of Hungarian, Romanian and Hebrew religious songs, which she performed accompanying herself with a synthesizer. A short film was also screened, compiled from the most memorable scenes of the volunteer actions of the past two years. The participants then took a group photo in front of the beautiful magnolia trees which are blossoming in the garden of the Bishop's Palace. The High Priest emphasized, "Take it so that these beautiful flowers are blossoming for you”. The event ended with a lavish charity meal, for which meat-free specialties were served due to the fasting period. Thanks to Caritas' Dutch sponsors Jan and Coby Willemsen for their support. 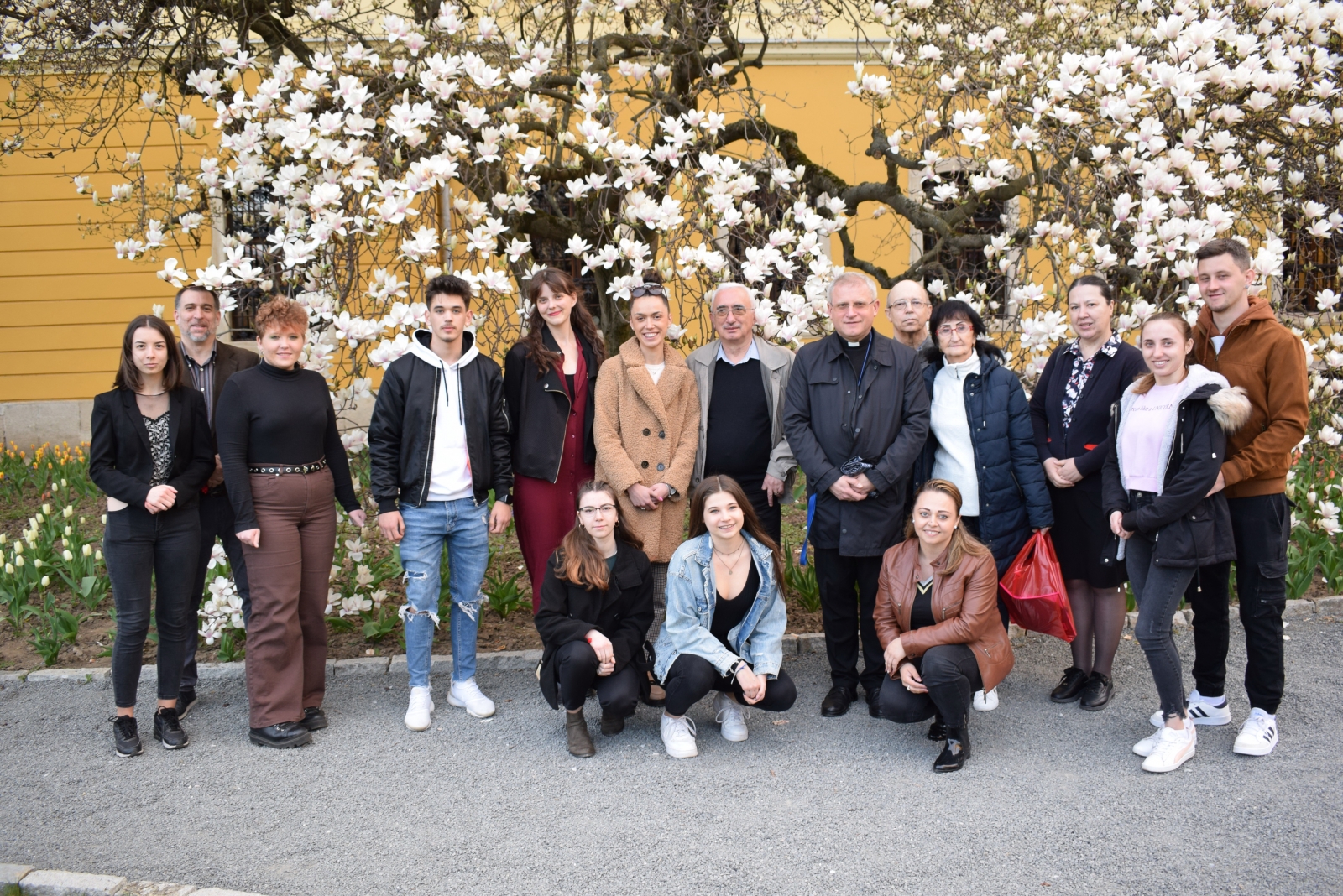 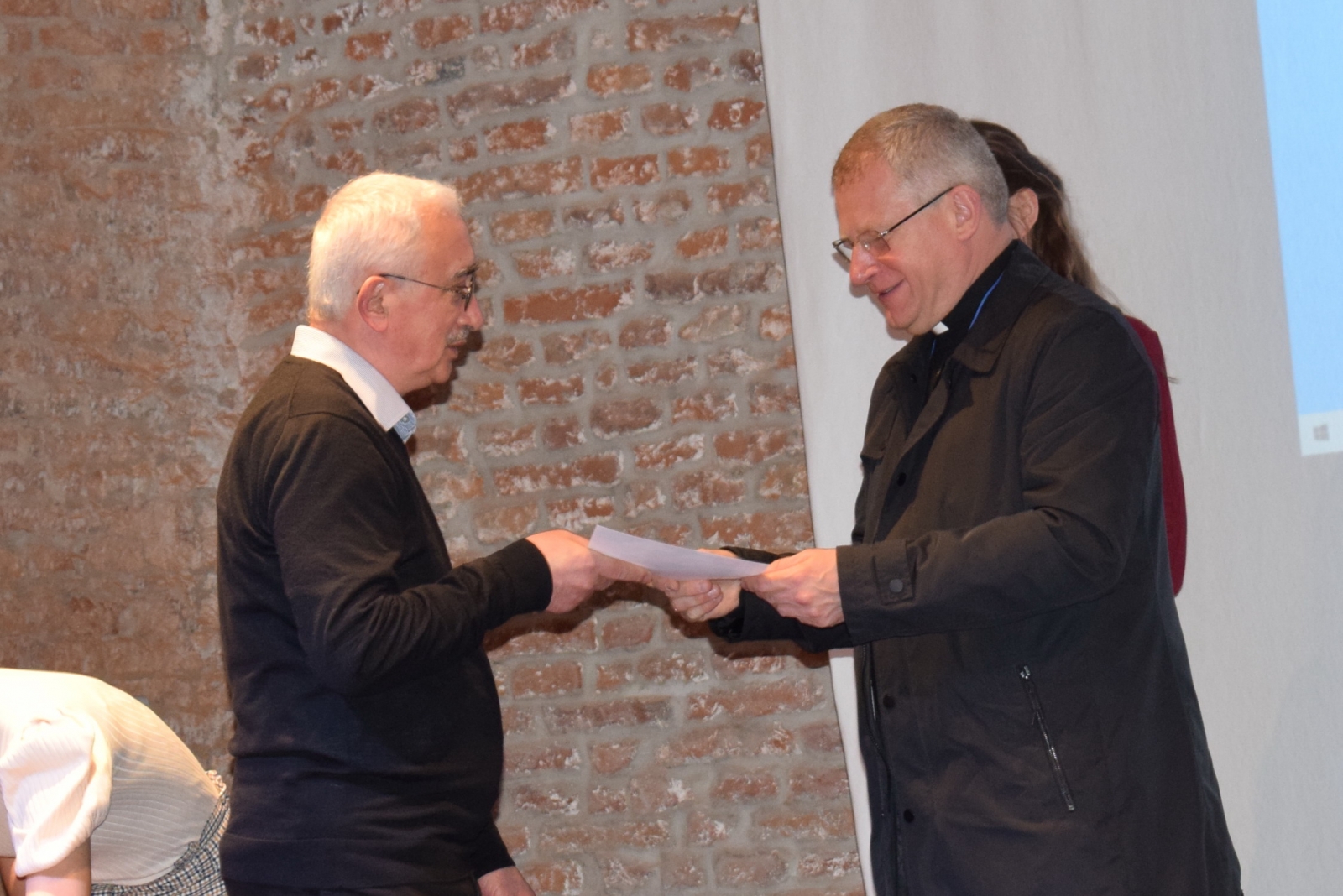 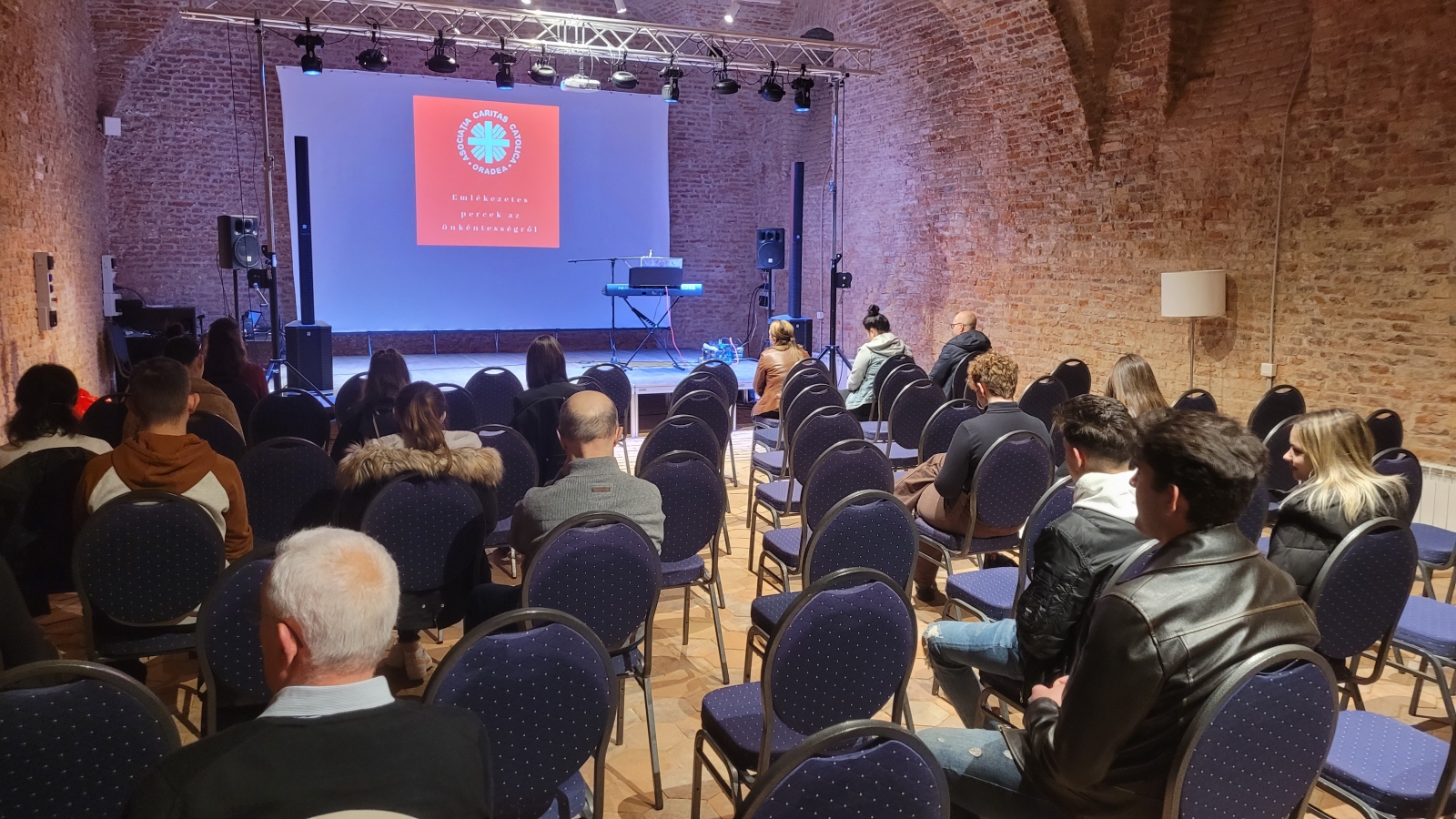 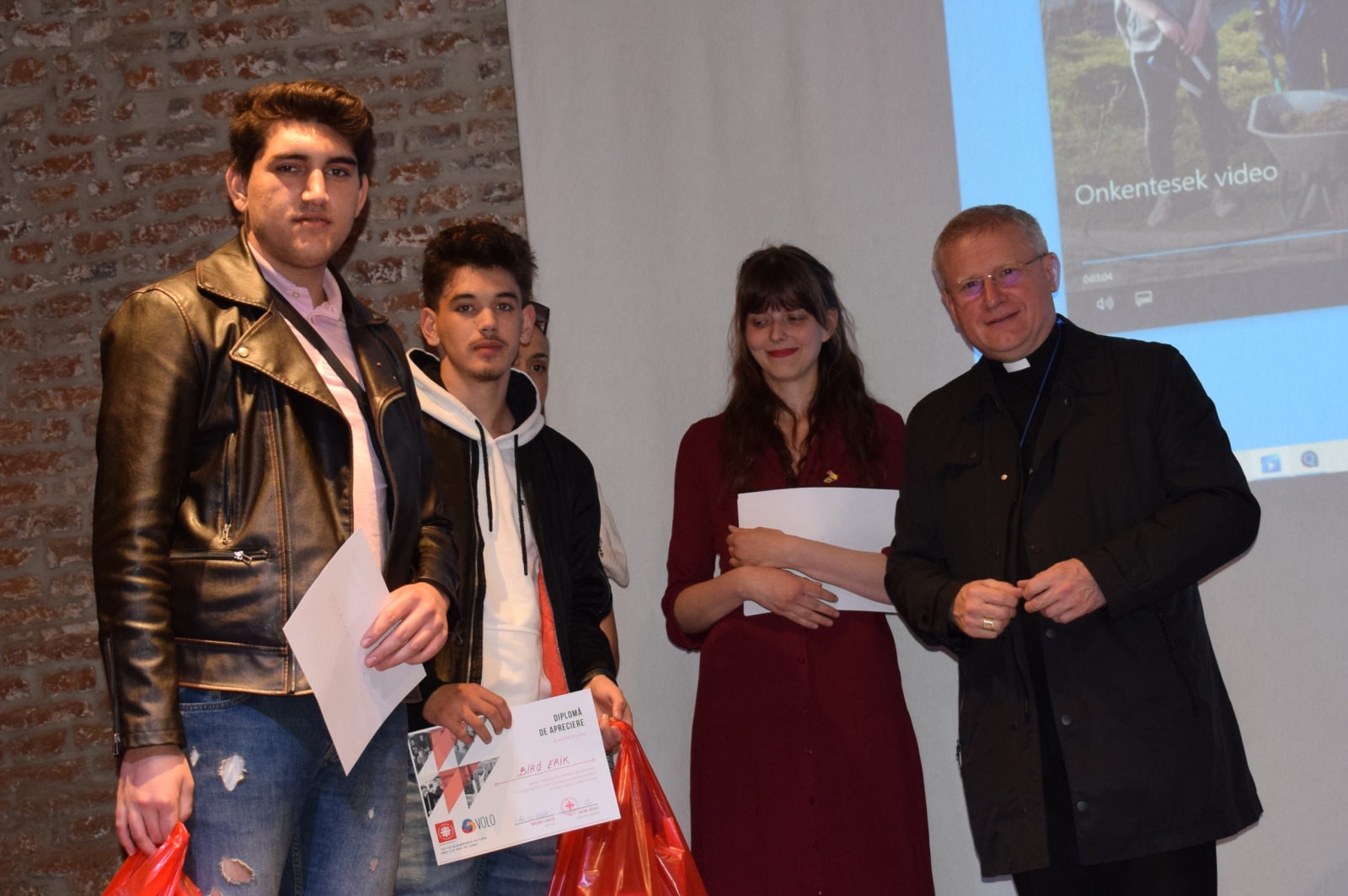 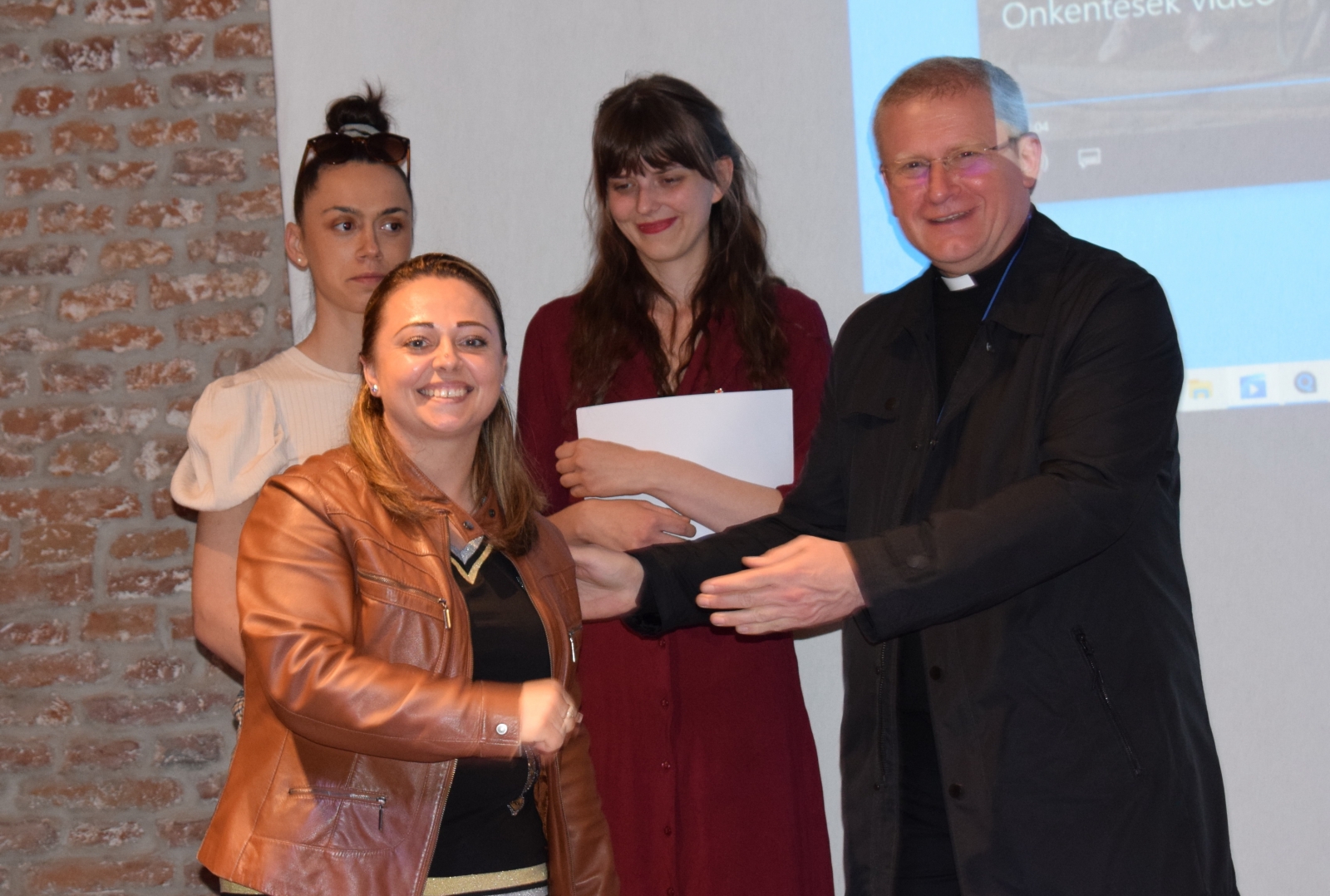 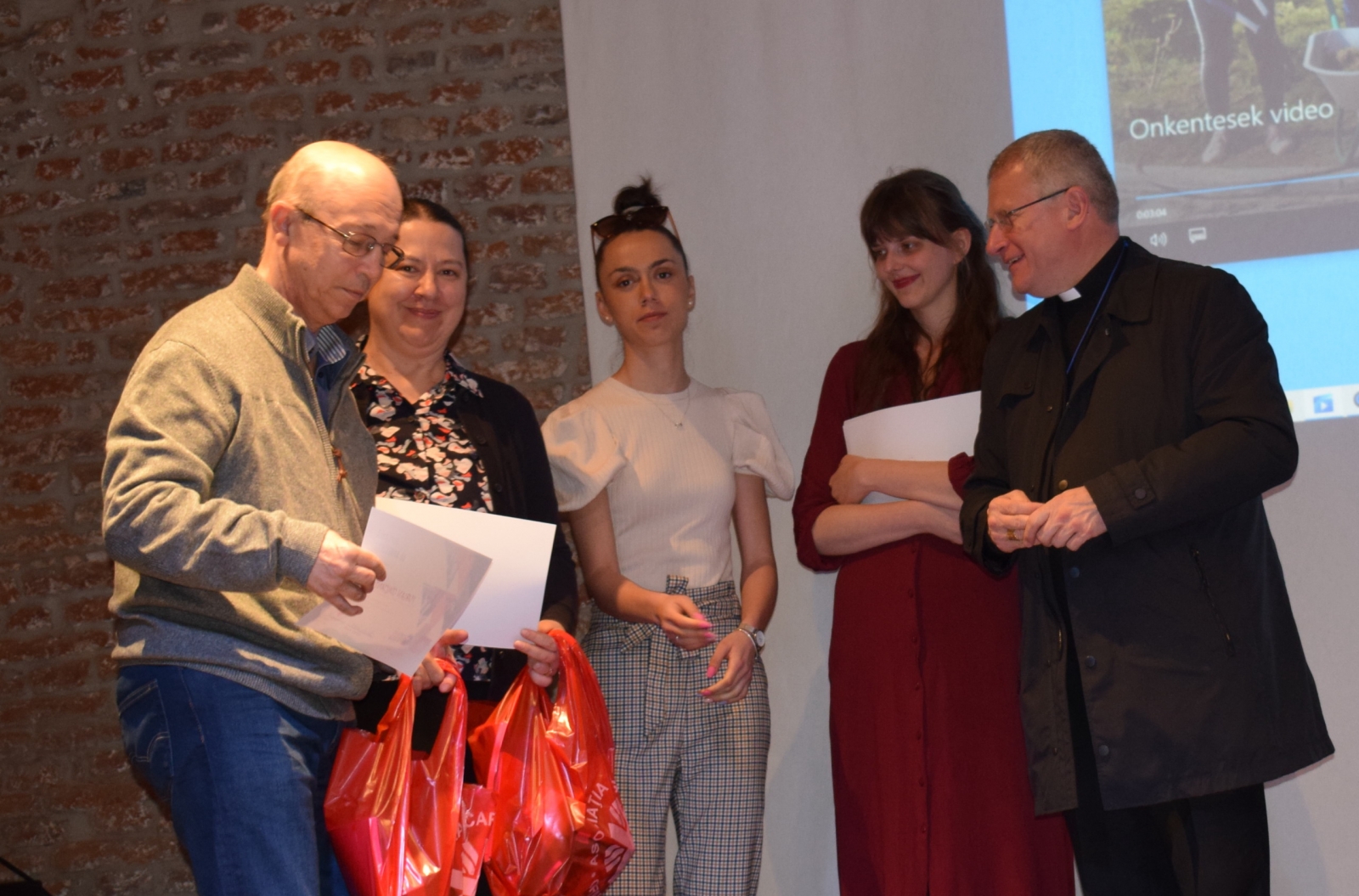 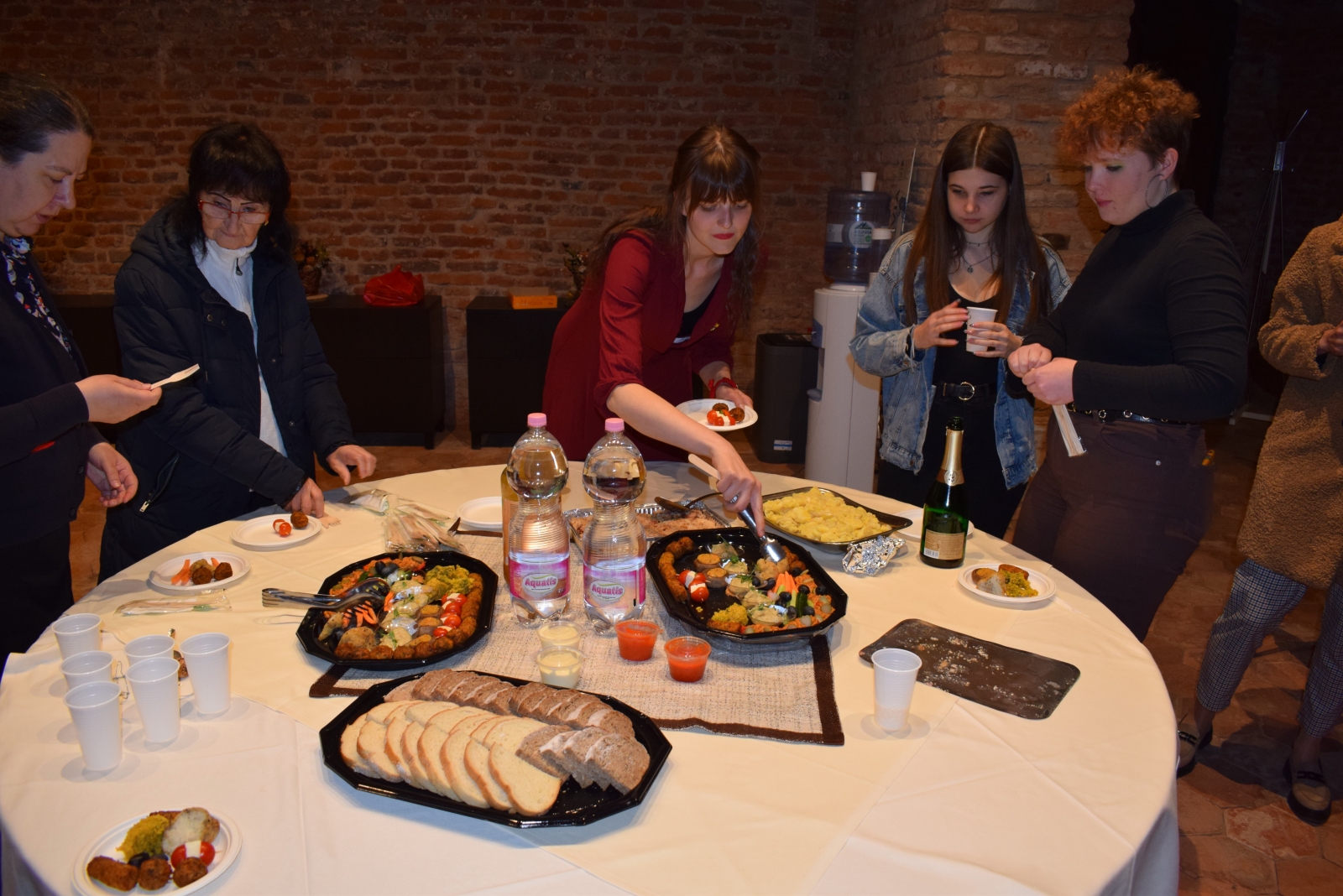 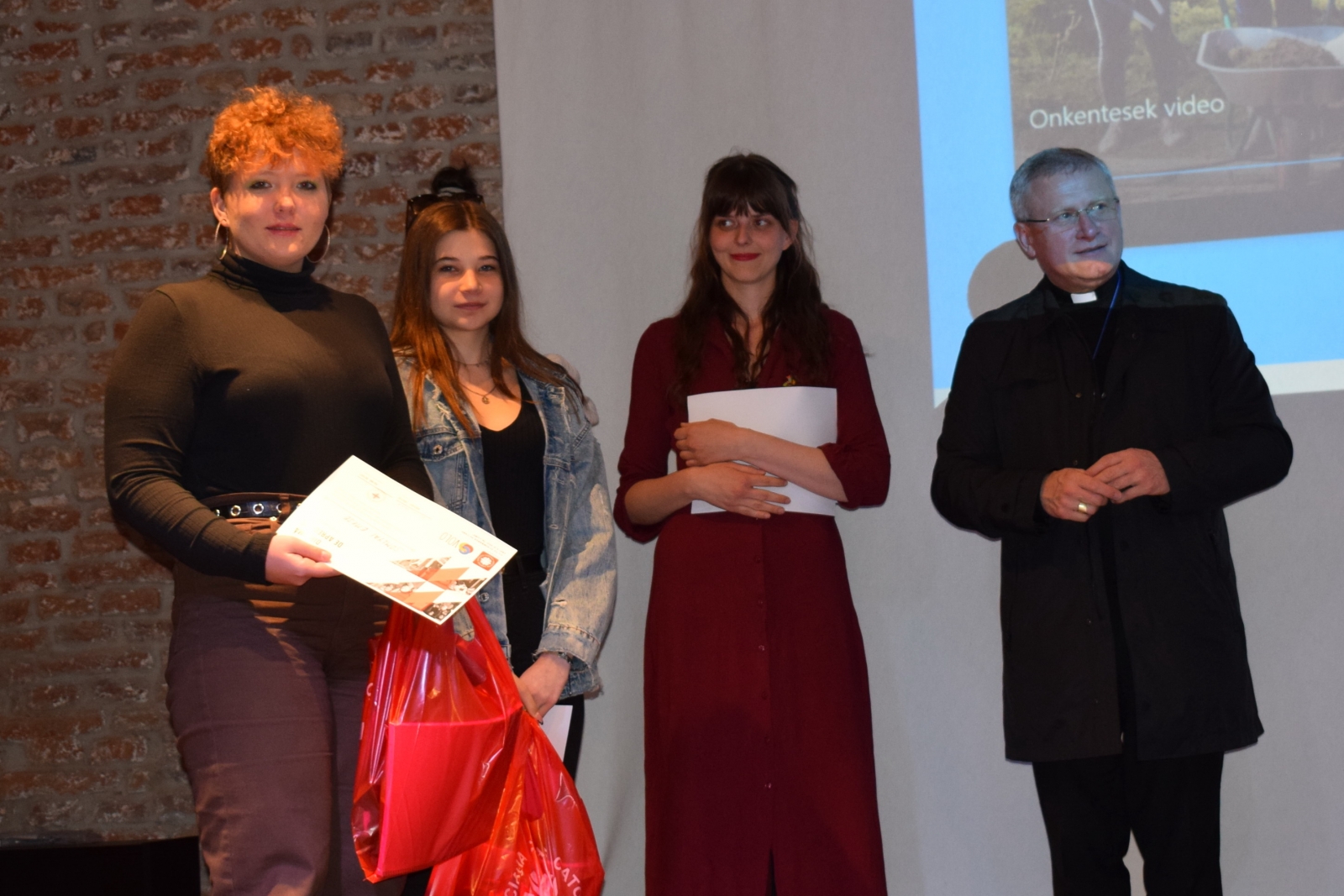 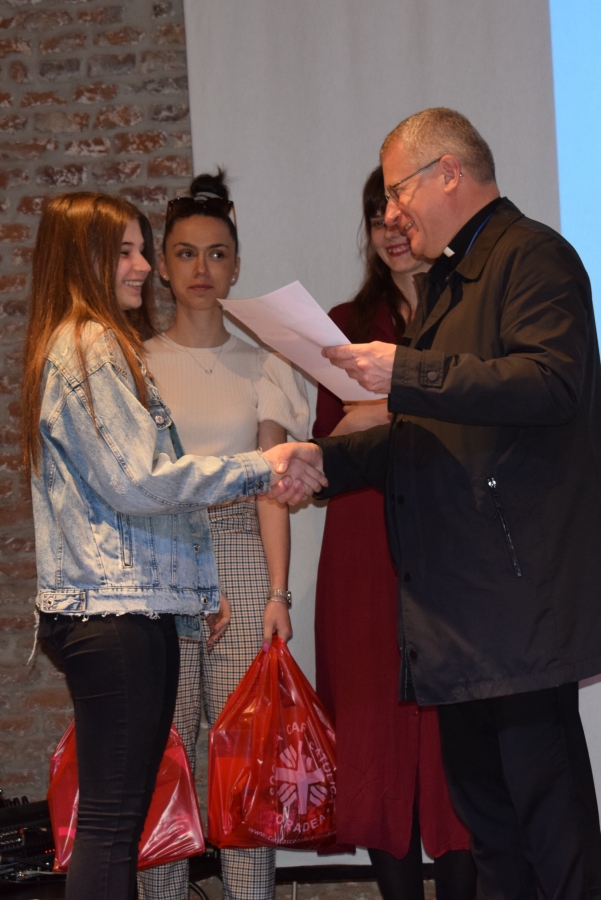 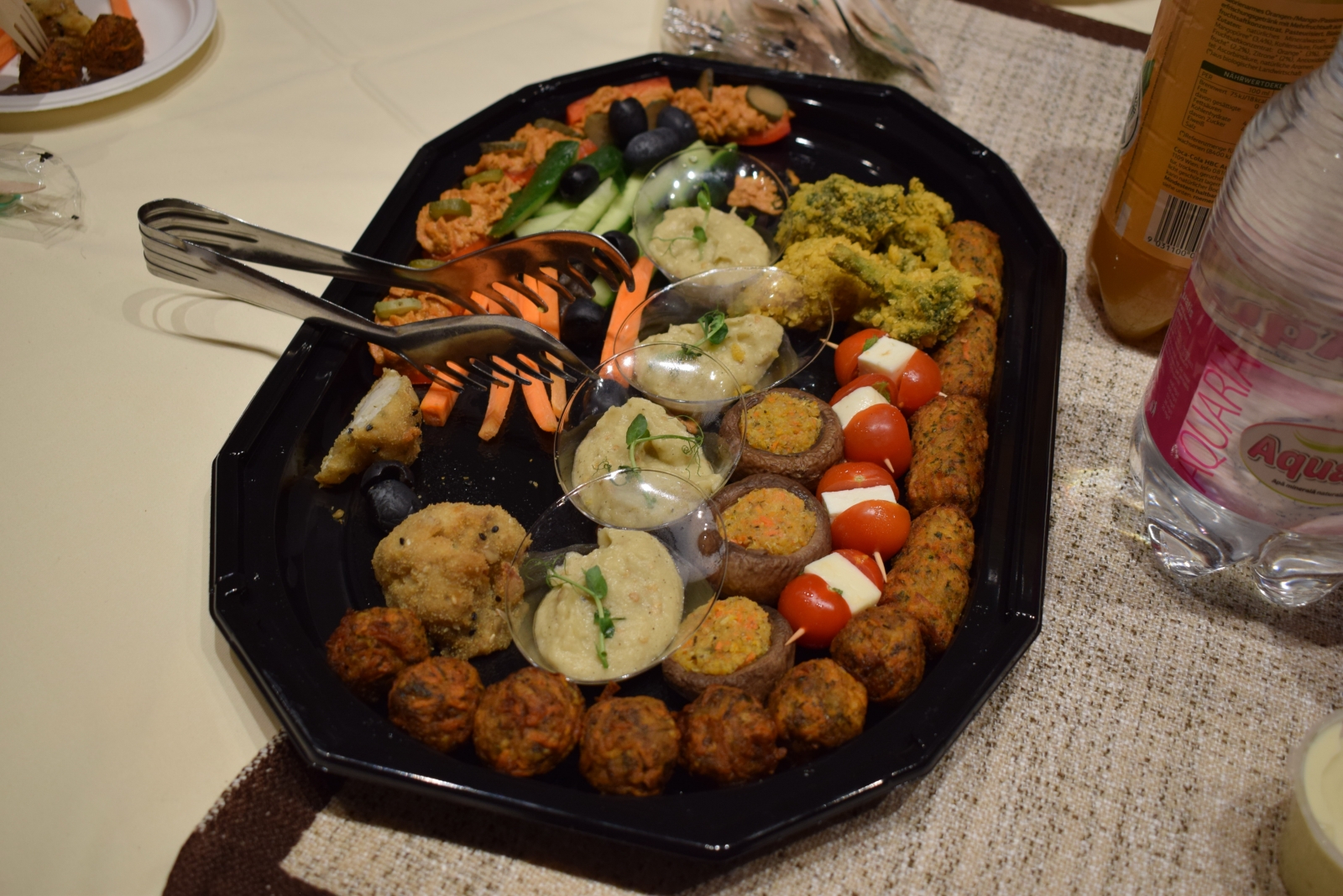 "Magnolias are blossoming for you"